THE BATMAN Take Over Open House 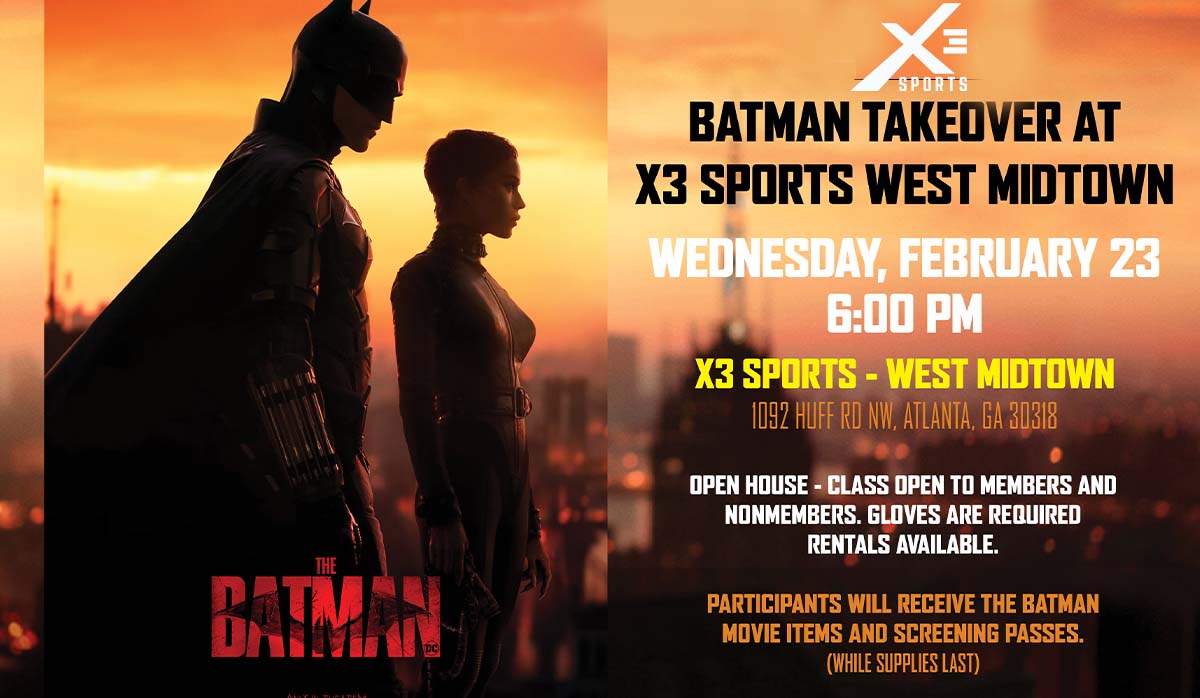 Join us as X3 Sports West Midtown on Wednesday, February 23 at 6 PM for our kickboxing class and learn the moves from the new BATMAN movie. The event will be and open house event, so be sure to bring out a friend who’s been wanting to try X3 Sports! We can’t wait to see you work out like BATMAN. THE BATMAN opens in theaters March 4. #TheBatman

From Warner Bros. Pictures comes Matt Reeves’ “The Batman,” starring Robert Pattinson in the dual role of Gotham City’s vigilante detective and his alter ego, reclusive billionaire Bruce Wayne. Reeves (“The Planet of the Apes” franchise) directed from a screenplay by Reeves & Peter Craig, based on characters from DC. Batman was created by Bob Kane with Bill Finger. Dylan Clark (the “Planet of the Apes” films) and Reeves produced the film. Warner Bros. Pictures Presents a 6th & Idaho/Dylan Clark Productions Production, a Matt Reeves Film, “The Batman.” The film is set to open in theaters March 4, 2022 and will be distributed worldwide by Warner Bros. Pictures. 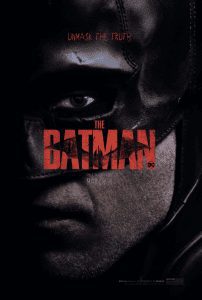